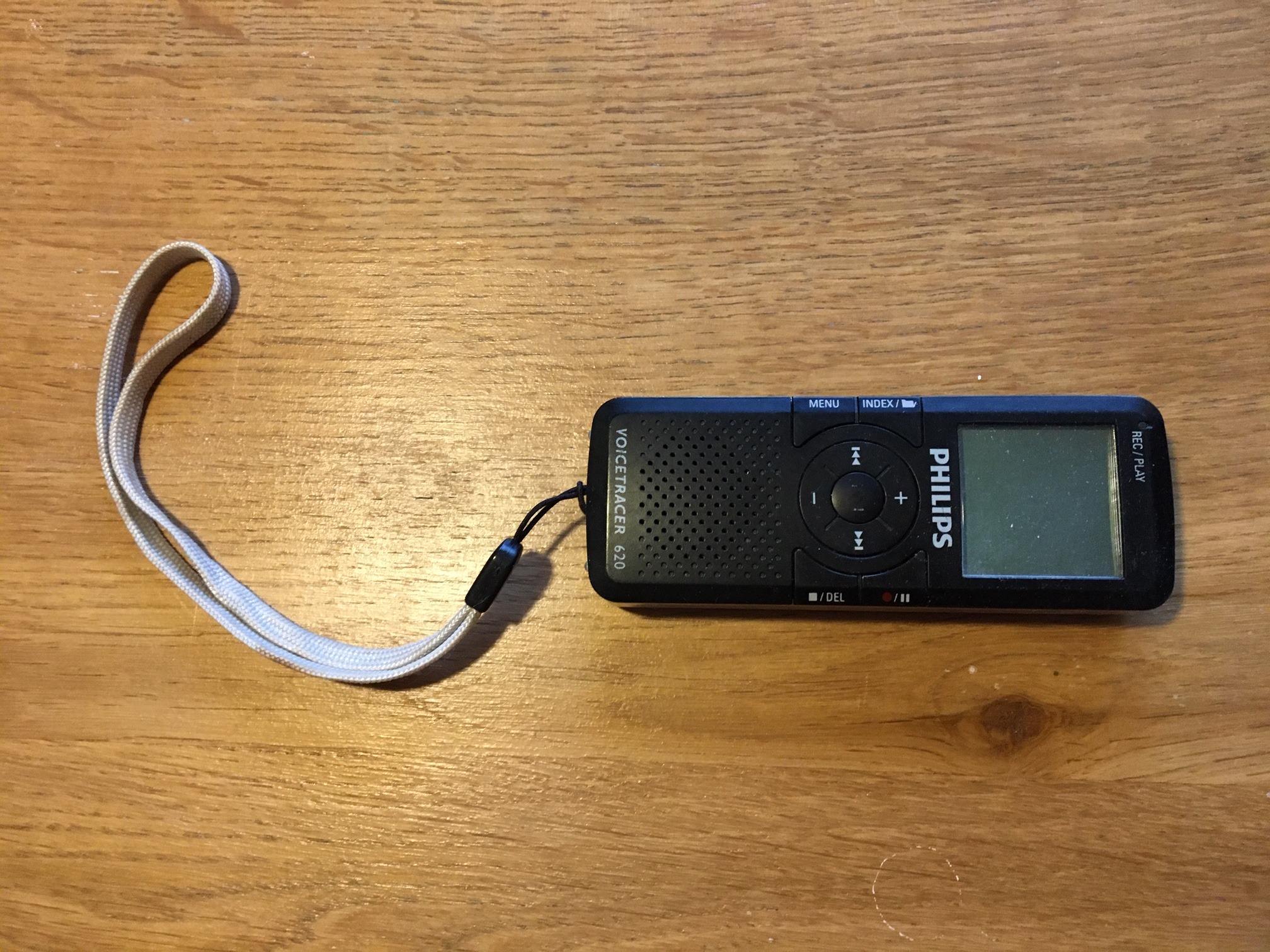 The return of family studies

Halfway through the interview, Aaron Isaacs says: “Everybody hates the statisticians.” He says it like he doesn’t really mind. As a genetic epidemiologist and statistical analyst, he knows what his added value is and how crucially important his work. “There’s only a limited number of ways to properly analyse something statistically. And if you don’t do that, the New England Journal of Medicine or Circulation isn’t going to give you a second look.” An interview with Aaron Isaacs about his reasons to come to Maastricht, the Worm Study, his allergy to mice and cooperation versus competition in science.

Was the leap from climatology to genetics a big one after obtaining your Bachelor’s degree in the States?

“Not at all, actually. I studied climate and meteorology at Berkeley as an undergraduate, so I learned how to do a lot of computer modelling and handle ‘big data’. At the point that I came to the Netherlands to do a Master’s in Genetic Epidemiology in 2002, people had begun to realise that genetics was really data science on many levels.”

Why did you want to come to the Netherlands?

“I was living in New York City, working on animal genetics in a mouse laboratory at Columbia University, where I discovered that I really liked genetics. Unfortunately, I also quickly learned that I’m allergic to mice. I took pills in the years that I worked there, but I realised I needed to change my work environment. On top of that, because New York is extremely expensive, I wanted to move somewhere where I might not have to struggle so hard to have a decent standard of living. One of my colleagues pointed out the option to do a Master’s in the Netherlands, where she had studied many years before. So I came to Erasmus University for a year. Then they offered me another year. And a PhD position. And a postdoc. Somewhere along the way, I met a lovely Dutch woman and fifteen years later I’m still here.”

“I had the opportunity to work in a truly multidisciplinary environment at CARIM, where you can find people from various biological and medical disciplines, who, together, can really move things forward. It gave me the opportunity to collaborate with people in wet labs and with clinicians and do things you could never do in an epidemiology only setting, like I had in Rotterdam. The RNA sequencing projects I’m working on here, for example, are being performed in heart tissue samples. That opens up whole new avenues for the research I’m interested in.”

Can you describe your research?

“I have a lot of experience with family-based studies, which were very important at the beginning of the field of genetics. A lot of genetic loci were discovered that predisposed people to monogenetic diseases. Then, in the era of the genomewide association study, or GWAS, we started to unravel the genetic causes of complex diseases, discovering a lot of common variants with small effects. However, these didn’t explain overall disease risk very well. Nowadays, we’re doing a lot of sequencing, looking at rarer genetic variants that have larger effects on disease risk. However, if you have a genetic variant that occurs in one in a hundred thousand people, it’s very hard to study at the population level. So this has led to the return of families which may be enriched for rarer alleles, like the Worm Study, for which Paul Volders is the Principal Investigator. I have a lot of expertise in the math and statistics that you have to use in these family-based studies. Your sample is, by definition, very small, so you have to think of ways to utilise that data in the most efficient way to get interpretable results. It’s quite a challenge and it’s been fun.”

How about the results so far?

“I can’t tell you too much, I’m afraid, since we have generated several manuscripts on the Worm Study, which are in various stages of submission to journals. The first of these was published last July in HeartRhythm. As an example, though, we discovered that the mutation in this family that causes sudden cardiac death actually occurs on a haplotypic background with multiple other mutations. So we think that there is more than one thing happening in this family, and we’re working on characterising this complex genetic architecture.”

You’re also involved in the CATCH ME project, funded by the European Union, where an international consortium is looking for ways to improve the diagnosis and care of patients with atrial fibrillation (AF).

“That’s right and it’s great! RACE V is another, related, project funded by the Hartstichting, and in both we do RNA sequencing on tissue biopsies from the atria of the heart. The transcriptome is a very dynamic system, compared to the genome, so that makes it extremely interesting to look at people with AF and see how genes are being translated towards protein in the relevant tissue. It’s all about cutting edge technology and giant amounts of data! CATCH ME includes about 260 patients and the raw RNA sequencing data alone is over eight hundred gigabytes. After the first processing, it’s another eight hundred, so you’re already talking about more than 1,5 terabytes of data on 260 patients.”

What does that exactly mean for your work?

“It requires a lot of experience to get the data analysis right. You can’t check anything by hand anymore, so you have to be meticulous in how you approach these problems and minimise the chances of errors. You have to be really open and transparent with your collaborators, and, increasingly, with journals and funding agencies.  A lot of data has to be made publicly available, too. When you write a script or generate results, you have to share them and subject them to intense scrutiny. The GWAS era brought this way of working to genetics earlier than to other fields. A decade ago, we started large consortia with groups that were cut-throat competitors. In the beginning, there was a lot of reticence, but, as time passed, people realised that this was the only way to move forward. Now it’s becoming more widespread in other areas of science.”

What are you most proud of?

“I’ve had some prominent authorships on important papers in Nature Genetics, including several large GWAS. But what I’m most proud of is that I’ve been able to collaborate successfully with many people from different fields of science on many different phenotypes. Although I’ve focussed on cardiovascular traits, I’ve also worked with, among others, neurologists, ophthalmologists, haematologists, and internal medicine people, and I’ve published on, for example, brain, eye, kidney and blood characteristics. I think it’s increasingly important in modern science to work together with people from different backgrounds.”

What does that require?

“Patience! Everybody has their egos and preferences for how things need to go. Sometimes it’s about leading people towards your position, but without making them feel they’re being led away from theirs. So compromise, but knowing when to stick firm to what you know, is important. Everybody hates the statisticians. They do a cell experiment and say: see, condition A is different from condition B. And we’re the ones that say: you have to prove statistically that that difference is real, and there’s only a limited number of ways to do so properly.”

Why is your office not within CARIM, but at the MaCSBio institute?

“At MaCSBio, there are a lot of like-minded people who are also looking at how to deal with the computational problems that arise when you want to analyse hundreds of phenotypes with a million genotypes. That requires a lot of forethought, for instance, about how we can integrate data using computation. This environment gives me a sounding board. If you ask me, the smart use of statistics, data management and computational infrastructure is crucial to the research of the future.” 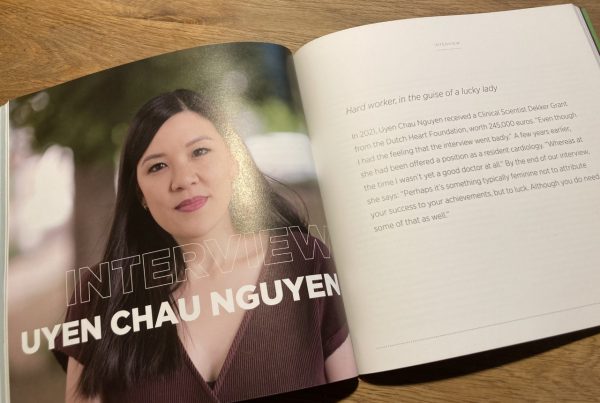 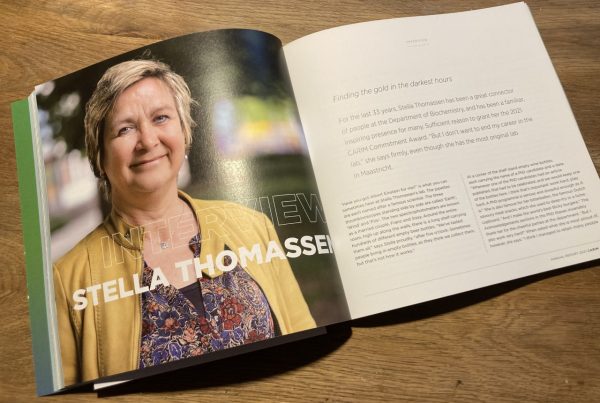